From puppetry to painting, the 14th Asia Arts Festival in Quanzhou brings under one roof a fascinating diversity of culture. Artists from more than 30 countries and regions have converged on Quanzhou, a melting pot of Asian culture.

As the starting point of the ancient Maritime Silk Road, Quanzhou has always been a hub of cultural diversity. And this year’s event is a double celebration as the 2nd Maritime Silk Road International Arts Festival is held alongside the 14th Asia Arts Festival. With some top artists gathered here from all around the world, there is no reason to miss this enriching spectacle.

Following the grand opening gala, the festival will include stage performance, visual art exhibitions, seminars, and forums of cultural exchange. Sixteen  major events will be held during the week. 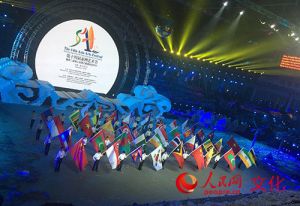 This year’s event is a double celebration as the 2nd Maritime Silk Road International Arts Festival is held alongside the 14th Asia Arts Festival.

The performing arts are deeply rooted in Quanzhou’s history, including glove puppetry and Nanyin music, a traditional opera sung in the Minnan dialect that has existed for more than 1,000 years. Both are showcased at this year’s event, and artists will also perform in local communities.

Meanwhile, the visual arts displayed include painting, photography, and handicrafts. In all, there are more than 250 exhibits from 30 countries. 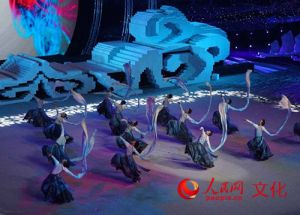 “I’d like to express my congratulations to the people of China as the 14th Asia Arts Festival is held here. I’m really touched seeing the special exhibition on the Maritime Silk Road. It shows the significance of the historic route and will increase understanding between different cultures,” said Dr. Mohammad Rasoul Almasieh, from the Embassy of Islamic Republic of Iran.

Since its launch in Beijing in 1998, the Asia Arts Festival has been held in various cities around China and seen increased participation from other nations.

Sponsored by the Ministry of Culture, this year’s event will run until November 15.

Click on the following links and watch the report by CCTV.com in video