Anyone knows some of this old gentleman of ancient China of between the 1st and 2nd century? His name was Bo-qi YANG Zhen, a well-learned scholar who went on to become Tai-Wei, almost the highest-ranking official in charge of military affairs in his dynasty of East Han.

He has been known to the world as “ Guan-xi Confucius” and “ Mister of Four Knows”.

“Guan-xi”, sounds like Japan’s Kansai, here meant west of the pass of TONG GUAN between Central China’s Henan and Northwest China’s Shanxi in today, where YANG Zhen grew up and spent most of his life as a teacher. He had frequently refused to become ennobled until at age 50. 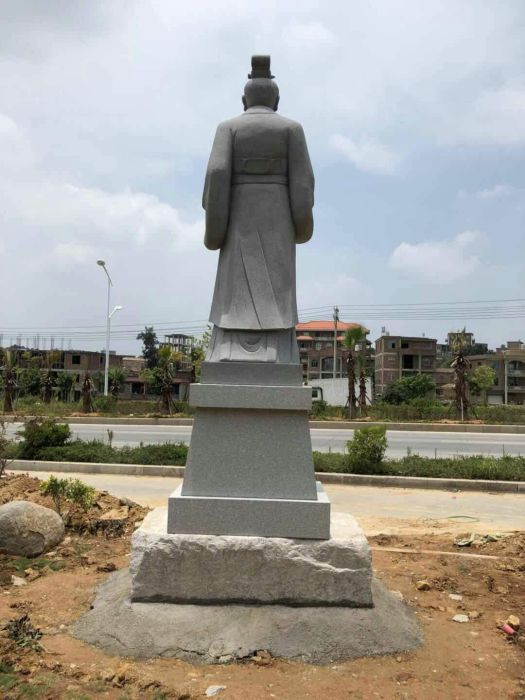 And “Four Knows” refers to heaven knows, gods know, I know and you know. It’s said when YANG Zhen passed by a county on the way to his new post, the head came and gave him a bag of gold to say thank you for recommendation of the year and saying in this room there were only you and me, none knew it. OK, you have already known what YANG Zhen replied then. It came the good name of “Mister Four Knows” as a model of a clean and honest official.

On the 4.1 meters high steles full of Chinese characters, actually they are all the same word of “clean” in different writing styles.

The 4.37 meters high statue of YANG Zhen was finished on this May 26th in our Chongwu-based carving factory and installed in Nan’an in east China’s Fujian, where YANG’S descendants moved and settled.

The material of statue is Granite G#654 and the base is rusty yellow stone. 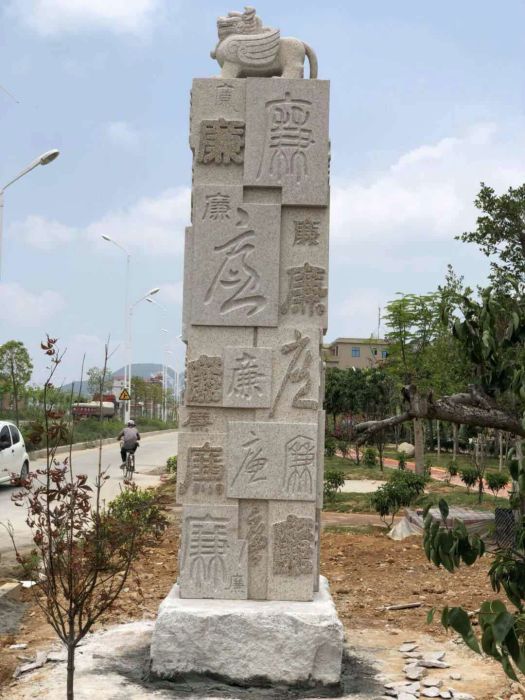